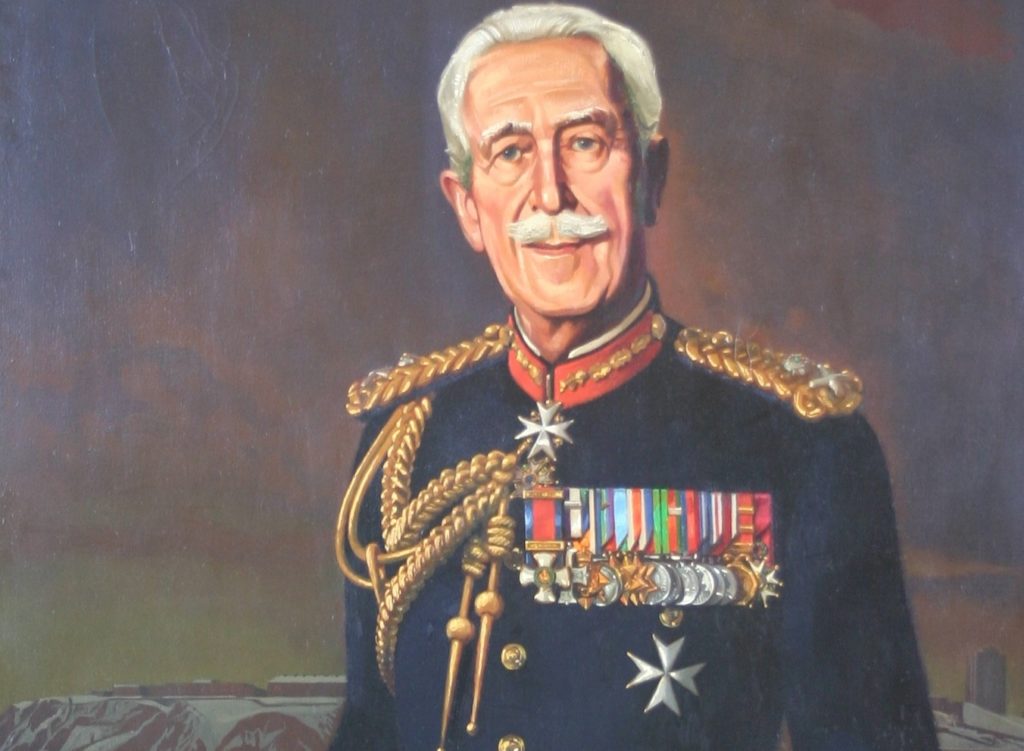 This year, in honour of Canada’s 150th birthday, the 10th anniversary of CCO at Queen’s, and the 10th St. John Fisher Dinner, a special theme was chosen: “Canada: a History of Holiness” with an emphasis on the Catholic identity and witness of Georges Vanier, 19th Governor General of Canada.

Georges Vanier was a tremendous figure in Canadian History. Together with his wife Pauline, they are models of leadership and virtue that we can all look to, not only in admiration, but even more so in imitation. Here is the text from a presentation made by Officer Cadet Sebastien Generoux that evening about the Vanier’s:

“The fiftieth anniversary of the death of General Georges Vanier, Canada’s 19th governor general, fell earlier this month. Having lived a great Canadian life, he died in Canada’s centennial year.

Born in Montreal in 1888, only twenty-one years after Confederation, Georges Vanier qualified as a lawyer, and then was deeply engaged in Canada’s coming-of-age in World War I. He joined the famous “Van Doos” Royal 22nd Regiment at its creation in 1915, winning medals for his courage in battle. He was wounded in battle in August 1918 and his right leg had to be amputated. After the war, Vanier continued to serve in the military and then the diplomatic service, and in 1944 he became the first ambassador to enter newly-liberated France.

In 1959, when Queen Elizabeth II named Georges Vanier as the first French-Canadian governor general, he had two simple requests. He wanted a bilingual sign at the entrance to the Rideau Hall compound and a chapel where Mass could be offered daily. He would live the next eight years until his death according to those two principles: Seeking God’s strength for his service to the country, and advocating tirelessly for the unity of Canada. In 1998 Maclean’s magazine named him the most outstanding Canadian in history.

George Vanier demonstrated his high patriotism and simple spirituality in his inaugural address as Governor General of Canada:

“My first words are a prayer. May Almighty God in His infinite wisdom and mercy bless the sacred mission which has been entrusted to me by Her Majesty the Queen and help me to fulfil it in all humility. In exchange for His strength, I offer Him my weakness.”

For her part, Pauline Vanier lived a life of self-giving in her married life and in the public square, notably working to resettle thousands of wartime refugees returning to France towards the end of the war. After the governor general’s death, Mme. Vanier lived the last 18 years of her life together with her son Jean at the original L’Arche community, becoming something of a grandmother to mentally handicapped residents and those who cared for them.

Ten years ago, on the fortieth anniversary of Georges Vanier’s death, the women’s residence of Newman House [in Kingston] was dedicated to Georges and Pauline Vanier. This year, a group of officer cadets at the Royal Military College have started an RMC Catholic Fellowship, where we hope to faithfully integrate our service to God and our country.

Just days before he died in Canada’s centennial year of 1967, General Vanier gave his last address at Rideau Hall. It was to a group of university students. He said the following.

“The best time is always the present time, because it alone offers the opportunity for action, because it is ours, because on God’s scale it is apocalyptic, a time when the lines between good and evil are clearly drawn, and each one of us must choose his side, a time when there is no longer room for either the coward or the uncommitted.”

We pray that, inspired by the heroic example of the Vaniers, all of the young men and women of Newman House and the new RMC Catholic Fellowship may live more fully the motto of Governor General Vanier, “Fiat Voluntas Dei” — “God’s Will Be Done”.