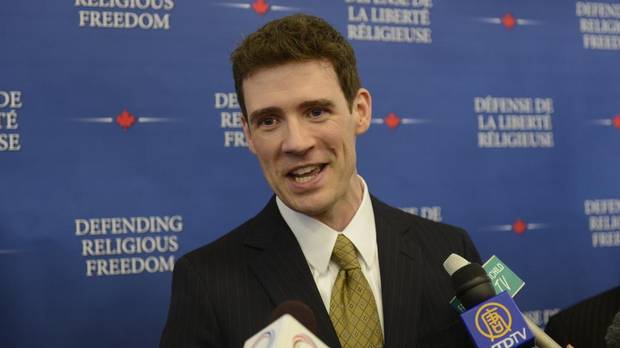 Recently I had the opportunity to sit down with Dr. Andrew Bennett, Canada’s Ambassador for Religious Freedom – a position created to promote freedom of religion or belief as a Canadian foreign policy priority. Before being appointed to this position on February 19, 2013, he worked for the Canadian Government with the Privy Council Office, Export Development Canada and Natural Resources Canada in a variety of analytical, research, and corporate roles. He has also held roles as Professor and Dean at Augustine College in Ottawa.

I asked Ambassador Bennett about his experience in leadership and in particular what character traits he thought were most important for leaders to develop. One of his answers might seem surprising: meekness.

At first this response seems a bit counter-intuitive. If you look up typical definitions of meekness or meek, you find some that describe it as “deficient in spirit and courage” or “not violent or strong”. It sounds kind of wimpy. Surely leaders need courage and they need to be strong!? But Dr. Bennett was pointing to something deeper.

Meekness, as he describes it, is essential in order to prevent leadership implosion.  Every leader needs to be active in resisting the temptation to give in to unhealthy pride. The vice of pride – classically known as hubris – is “an overestimation of one’s own competence, accomplishments or capabilities, especially when the person exhibiting it is in a position of power.” Thus the virtue of humility is foundational for leaders.

Dr. Bennett described meekness as an act of humility which enables leaders to battle against pride and vainglory. It includes a strong sense of self-awareness and a consciousness of how pride and vainglory act in a leader’s life. It is the recognition that as a leader you don’t know it all and that even the most junior person has something valuable to offer. Dr. Bennett also described that meekness includes showing deference to people who might be your superiors, your peers, or your subordinates – being an effective and empathetic listener before rendering one’s opinion or decision. Steven Covey might describe meekness as Habit 5: seek first to understand, and then be understood. St. Francis of Assisi might describe it with his famous 13th century prayer:  “O divine Master, grant that I may not so much seek.…to be understood as to understand.”

While meekness is properly understood in relation to humility, it is often mistaken as weakness. “Meekness is not weakness”, emphasized Dr. Bennett. Leaders shouldn’t confuse humility with letting people walk all over you. There is tremendous strength in meekness.

I too hold the view that meekness includes strength. I have always connected meekness with gentleness – which is not the absence of strength, but rather, is strength under control. It’s the strength of a man who, although he could break down a door if necessary, can also pick up his newborn baby with unmitigated gentleness. It’s the strength of a mother who refrains from cutting off her teenage daughter as she excitedly shares a new realization, even though her mother had told her the same thing many times before. It’s a leader with dominant abilities and a strong personality, letting others offer advice, direction and insight before sharing their own. Being meek is not an absence of strength but rather the ability to harness, channel, and discipline incredible strength and offer it in a way that is neither overwhelming nor overbearing. In fact, meekness is a quality of greatness. It is magnanimous.

A final quality of meekness shared by Dr. Bennett is simply kindness. Kindness is underrated these days. Kindness certainly includes manners, “please and thank you.” But it extends beyond that.  It’s the quality of being friendly, generous, and considerate. Thinking of others before ones’ self. Giving people the benefit of the doubt.  Being good natured and pleasant.  Kindness can go a long way.

So the question remains – Are you a meek leader or a weak leader?

More leadership insights from my conversation with Ambassador Bennett in future posts.

This article was also posted on LinkedIn.

Read more articles connected to the virtue of humility.