Three years ago on November 8, 2012 my son Isaac won the Ultimate Dream Job Competition with his photo submission as part of the Take Your Kid to Work Day. His photo of himself dressed as a police officer went through various rounds of voting to be selected as the top one in all of Canada. As a result, he had the opportunity to personally meet many local and and national leaders including the Governor General of Canada, the Speaker of the House of Commons, the Chief of Police in Ottawa, and many others. Listen to this young fourteen year old virtuous leader speak about his experiences as he was interviewed live on the CTV Morning Show. We were, and continue to be, very proud of him.

His story also made the local Metro newspaper. 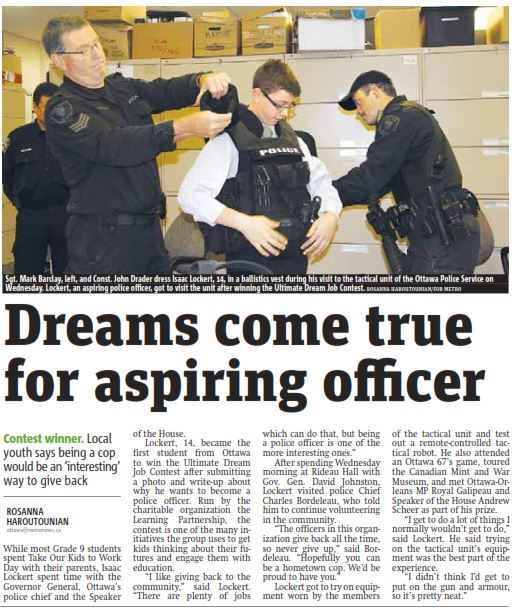